Shore Excursion from Alexandria: tour of Giza, Cairo, And visit of Alexandria next day. 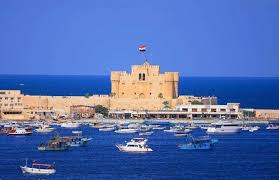 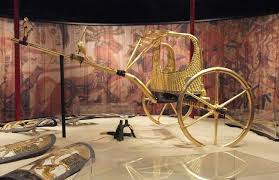 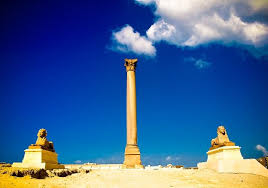 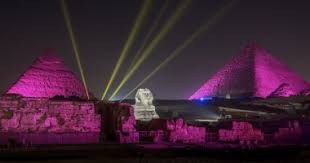 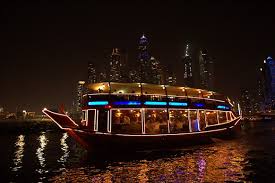 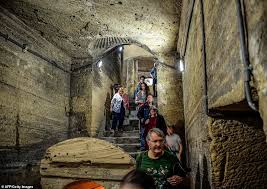 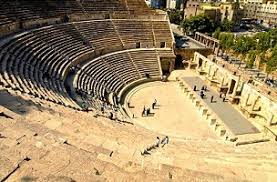 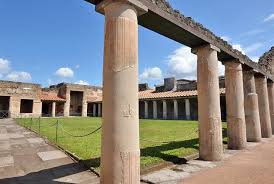 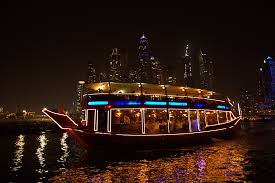 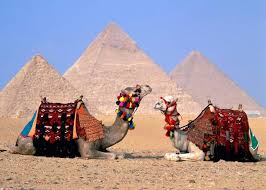 if your ship is arriving Egypt in Mideterranean sea or to in the Red sea, we we can meet  you at Alexandria or Suez or Port Said to organize you a full private day tour to Giza and Cairo and surroundings that is customizable completely for you, all you have to do is contact us with cruise arrival/departure information and we will organize you this or simiar or much better plans that will suit your quick visit to the land of civilizations!, This visit to the very best of Cairo and Giza, next day followed by an amazing tour of Alexandria city before your departure

The Tour Guide meet and escorting you from the Cruise exit gate., After that you will be transferred by Modern tourist van to Cairo.
enjoy 2 hours driving in the road to Giza city, on arrival visit:
Giza Pyramid Complex and valley Temple
The Magnificent Sphinx. & Khufu Pyramid. & Khafre Pyramid. & Menkaure Pyramid.
Tombs of the Pyramids builders. &  Solar Boat Museum “externally”.
* Additional tickets in this site::
Entrance inside the Pyramids & Enterance to Solar Boat Museum.
The Egyptian Museum
The Egyptian Museum, founded on 1858, houses upward of 120,000 masterpiece objects which date back to different ages in Egyptian history. A visit to the Egyptian Museum will further your interest in Egyptian art and history, giving you a chance to listen to voices from the past souls from history, talk to Kings including the legendary Tut Ankh Amun, and receive updated answers from your live tour guide
(Optional tour) sound and light show of the pyramids or enjoy a dinner onboard Nile cruise for two hours on the Nile including open buffet and belly dance show
Overnight in your hotel in Cairo.

at 06.00 AM After breakfast in the hotel, you will be picked up from your hotel by private air-conditioned van and you With your own private English speaking Egyptologist guide who will accompanying you to Alexandria - on arrival visit:
National Museum of Alexandria:
The building’s basement has the Pharaonic Section, then on to the Greco-Roman, followed by Egypt’s Christian and Islamic eras. famous statues welcoming you like Amenhotep III. the Greek God Zeus, King Ptolemy. You will witness antique visions of icons of Holy Virgin Mary, Jesus Christ, and artifacts from Islamic Era and the Middle Ages.
Library of Alexandria: (stop from outside)
The Library borders the Mediterranean Sea. You will see the impressive statue of Alexander the Great, whose dream of completing this library began in the 3rd century BCE and was later completed by Ptolemy II, it houses over two million books along with the art galleries, museum, Children’s Library and Planetarium, and the third largest Francophone library.
Citadel of Qaitbay: (stop from outside)
Was built in the 15th century as a buffer from attacks by the Ottomans, French, and later, the British. Entering the citadel from its main gate to citadel’s main tower, You can imagine Sultan Qaitbay giving speeches from the window to his parade of troops below, Inside, visit the Sultan’s Mosque, the reservoir, the watchtower, and the quarters of famous Mameluke Sultans, Outside to gaze at sea and watch locals making a living fishing from their sailboats.
Montaza Palace: (stop from outside)
A royal palace built in 1892 by Khedive Abbas II, the last Muhammad Ali Dynasty! When you visit this beautiful palace, The lush green of 150 acres of tropical trees, flowers, and palm trees will be a pleasure to witness. You will enjoy the surprises of royal luxury all around you.
Roman Amphitheatre:
Excavations done here in the hopes of discovering the tomb of Alexander the Great were not successful, but what was found were the marble steps of the Amphitheatre, along with beautiful mosaics, Roman baths, stores of ammunition, basins for extracting the salt, and statues had been repatriated from the sea. also king Seti’s II obelisk and Sphinx!
Pompey Pillar and Serapeum Temple:
This Pillar is one of the highest Corinthian columns in Egypt, built between 298-302 BCE, in tribute to Emperor Augustus. On top of the Serapeum Temple, it houses both ancient Egyptian and Greek religious and cultural iconography. the Pillar rises over ancient Alexandria and features a sacred lake, Roman baths, and subterranean galleries which will take us to the Holy of the Holies for the emperor’s family and the small library of Cleopatra.
Kom El Shokafa Catacombs:
An unique catacombs of rock-cut sandstone tomb with a spiral stairway that will take us downstairs to see how the ancient priests prepare mummies for burial. we will imagine them, chanting ancient Egyptian sacred scriptures, The mummy is placed on a boat to the catacombs’ main porch, waiting for the falcon-head god of Medusa. Graves of those not mummified are there, too, also the hall of goddess Nemeses offering the bones of the dead.
Return to your hotel at the end of day trip with many amazingly memories of Egypt.
After that travel back to your cruise ship in Alexandria.

** All Private transfers / tours in modern vehicle with professional driver.
** Private Egyptology and Professional local tour guide (please request your Language).
** Bottles of Water and Juices during the day trip.
** Service fees and all taxes.

** international flight ticket, visa, Hotel, Meals, and tipping to guide & driver.
** All Entrance fees to the sites mentioned in the itinerary. "You are responsible for tickets prices of sites as printed on each ticket. This cost should be paid to your tour guide at the end of the day trip, at no additional charges other than the printed price. If you have a valid student  ID card, you will receive a discount for each payable ticket." 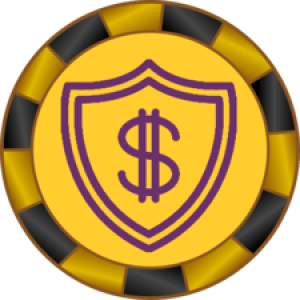 What will your Tour guide do:
- Meet you at your address for pickup and escort you to the sites until end of visits.
- Purchase the tickets of each visit.
- Explain each site history archaeologically.
- Answer your questions on everything about the visit and in general.
- Suggest restaurants nearby for lunch.
- Help you to take the memorable photos for best locations and awesome backgrounds.
- Help you for shopping original souvenirs at trusted shops and bargaining its price.
- Teach you few words to stop expected hassles and will definitely be with you.

What your Driver do:
- Be available for you on time and pickup location.
- Drive safely and professionally from the pickup until tour ends.
- Return you to your requested destination when the tour ends.

What I will do:
- Follow up with driver, guide and talk to you during the day to make sure all are as planned and you are enjoying being with us today.

History of Cairo has ancient than you imagine in history religions (Jewish - Christian - Muslim) highlights beside The Pharaonic masterpieces at the M...

Dahshur, Memphis, Sakkara, The Sphinx and the Pyramids ...

Private day tour in Dahshur, Memphis, Sakkara, and Pyramids of Giza Day Trip is the best value of your money. It includes pickup from the lo...

Shore Excursion from Alexandria: tour of Giza, Cairo, A ...