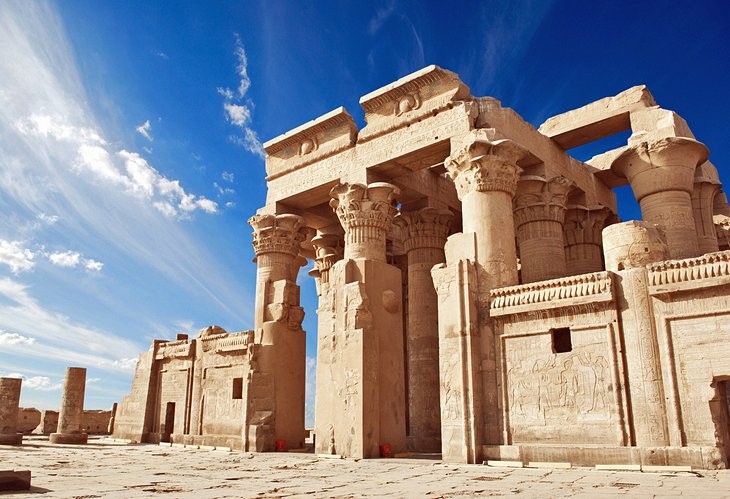 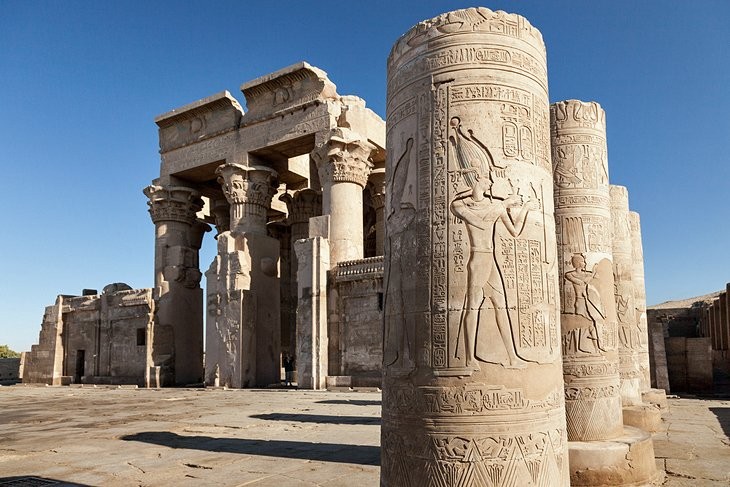 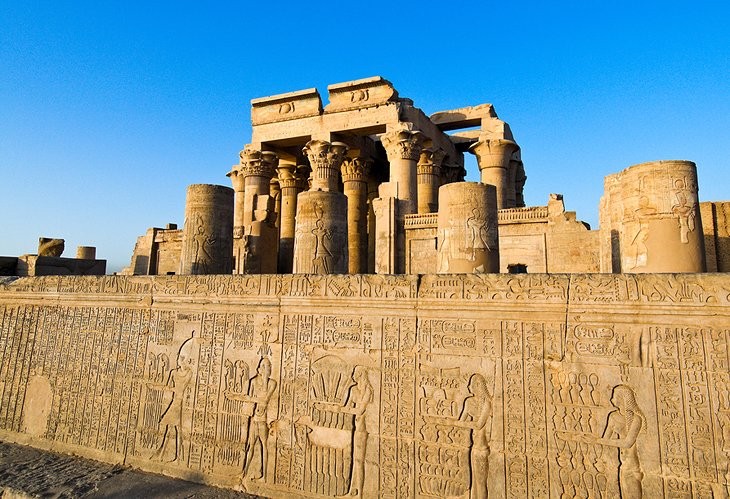 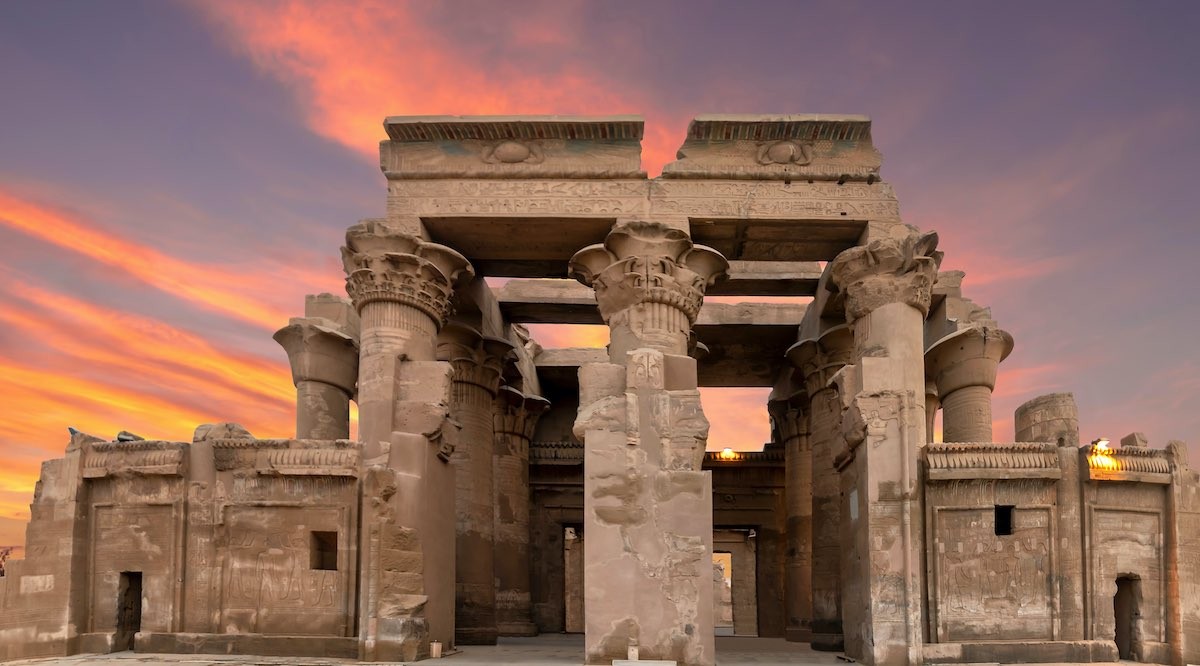 The Temple of Kom Ombo is an unusual double temple in the town of Kom Ombo in Aswan Governorate, Upper Egypt. It was constructed during the Ptolemaic dynasty, 180–47 BC. Some additions to it were later made during the Roman period. The building is unique because its 'double' design meant that there were courts, halls, sanctuaries and rooms duplicated for two sets of gods. The southern half of the temple was dedicated to the crocodile god Sobek, god of fertility and creator of the world with Hathor and Khonsu. Meanwhile, the northern part of the temple was dedicated to the falcon god Haroeris ("Horus the Elder")