The Red Pyramid in Dahshur 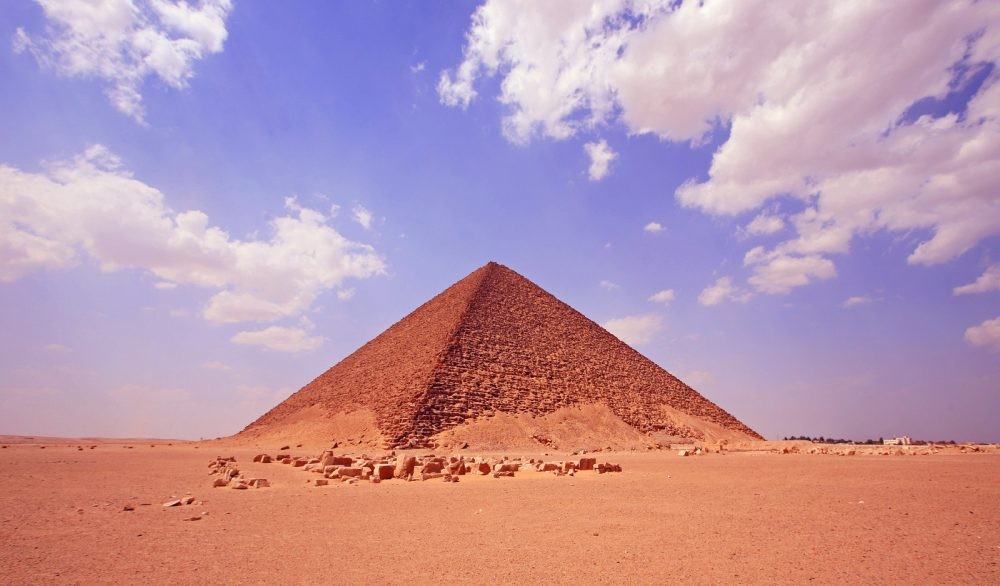 The Red Pyramid, also called the North Pyramid, is the largest of the three major pyramids located at the Dahshur necropolis in Cairo, Egypt. Named for the rusty reddish hue of its red limestone stones, it is also the third largest Egyptian pyramid, after those of Khufu and Khafra at Giza. It is also believed to be Egypt's first successful attempt at constructing a "true" smooth-sided pyramid. Local residents refer to the Red Pyramid as el-heram el-watwaat, meaning the Bat Pyramid.

The Red Pyramid was not always red. It used to be cased with white Tura limestone, but only a few of these stones now remain at the pyramid's base, at the corner. During the Middle Ages much of the white Tura limestone was taken for buildings in Cairo, revealing the red limestone beneath.