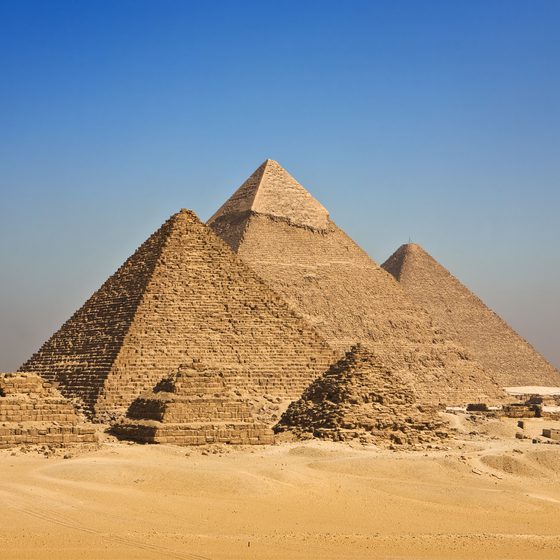 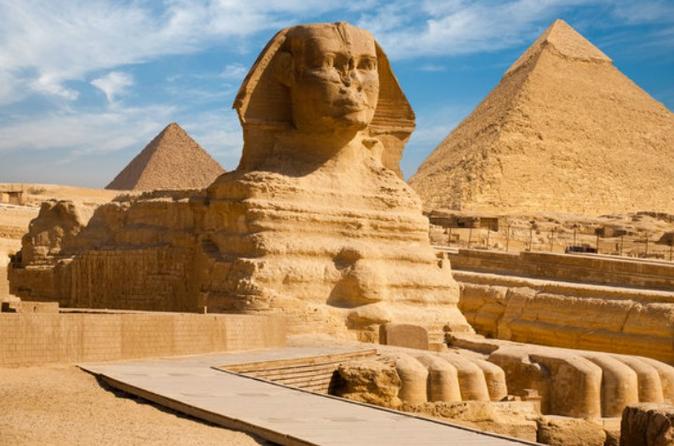 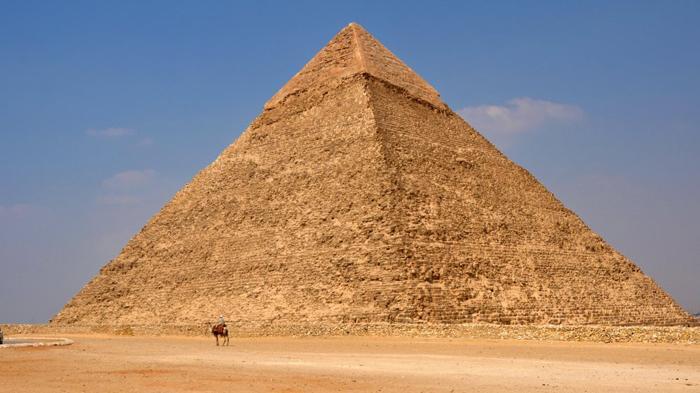 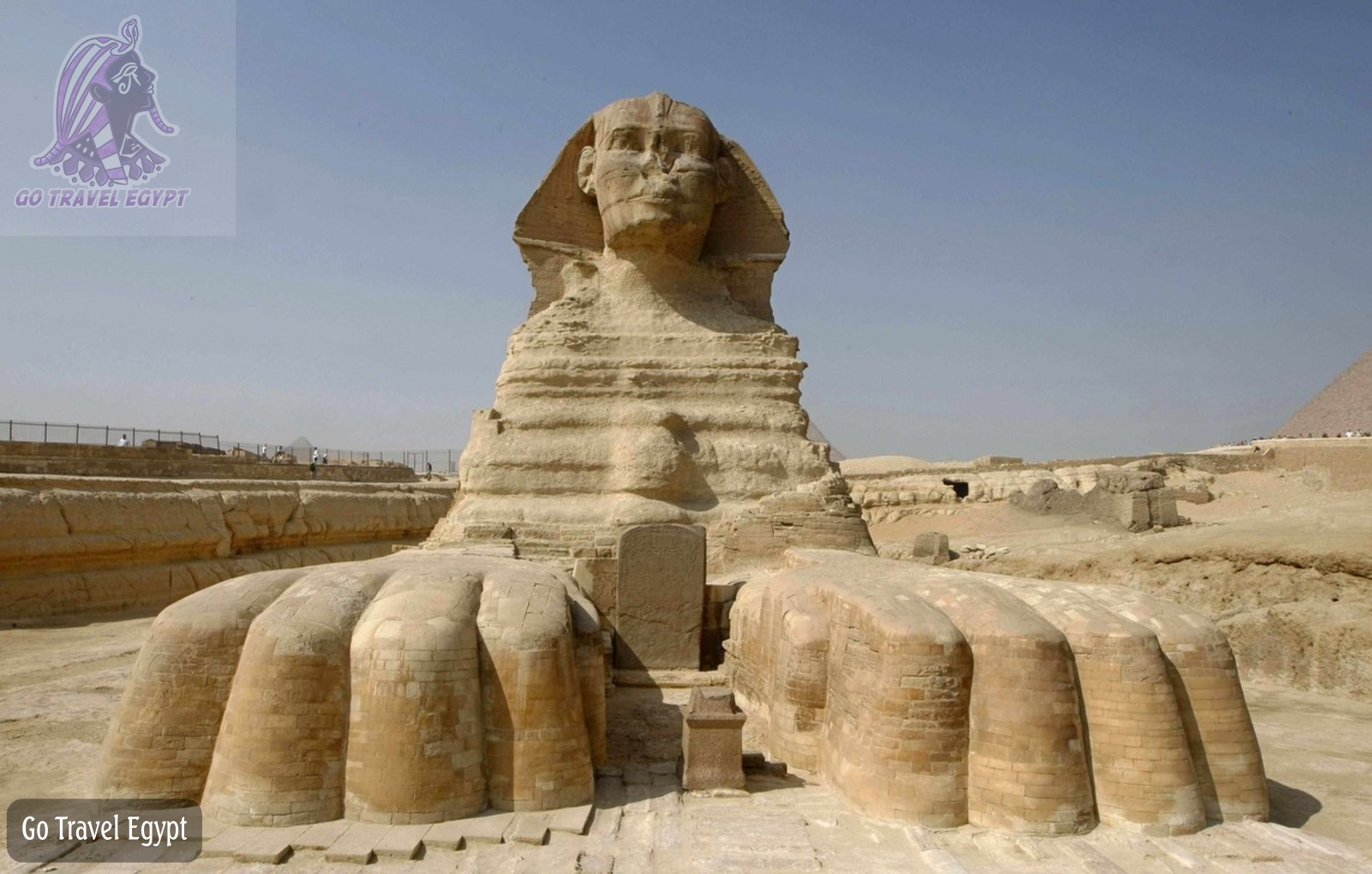 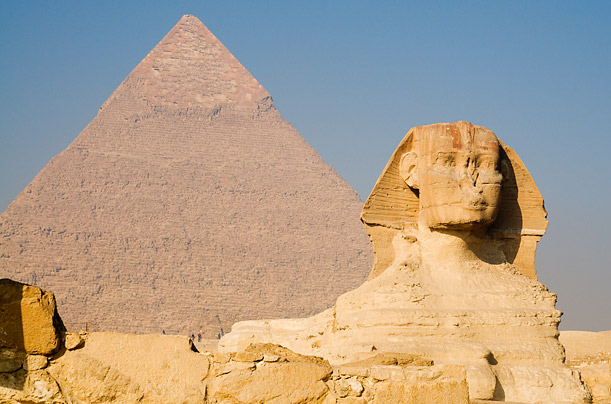 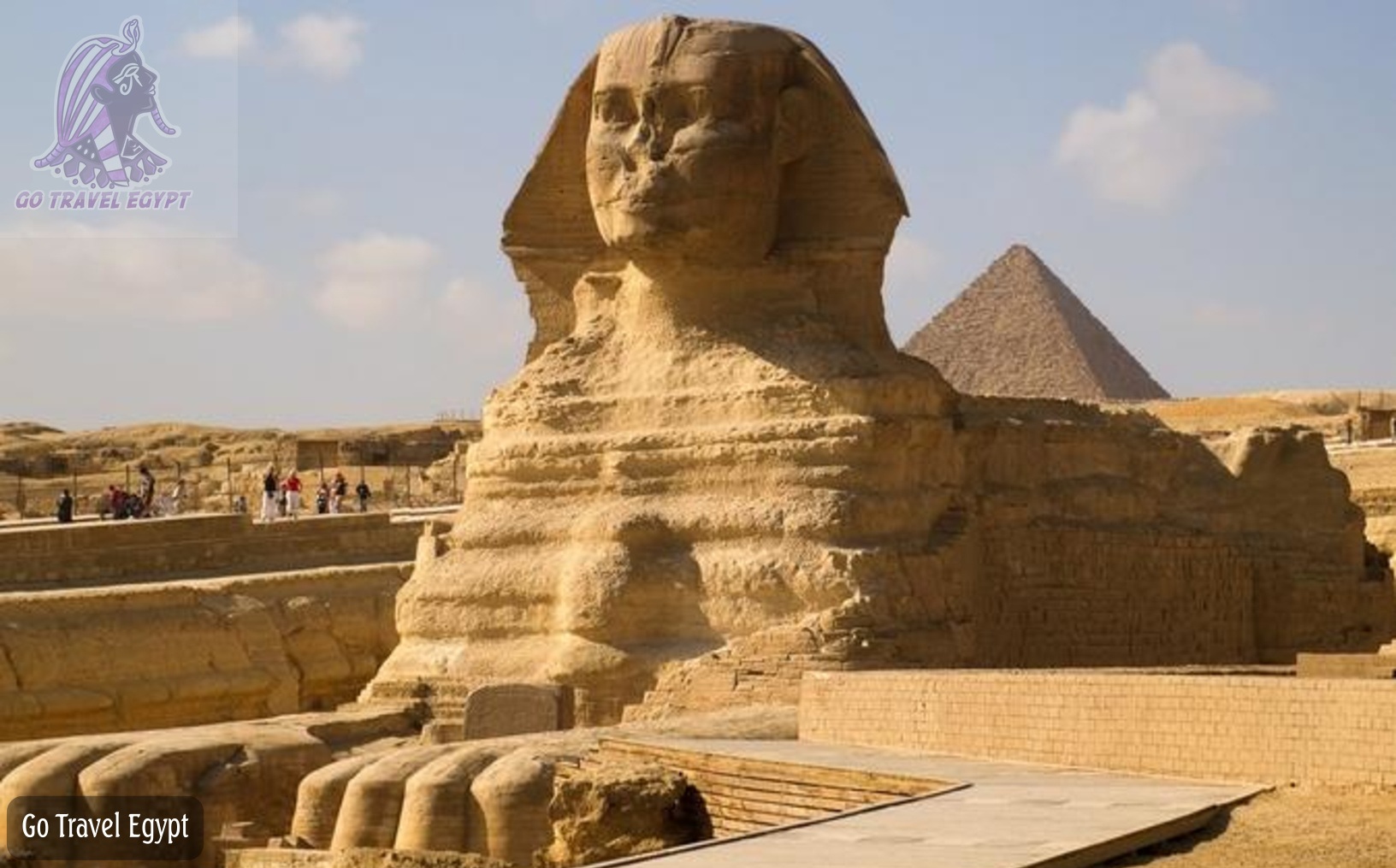 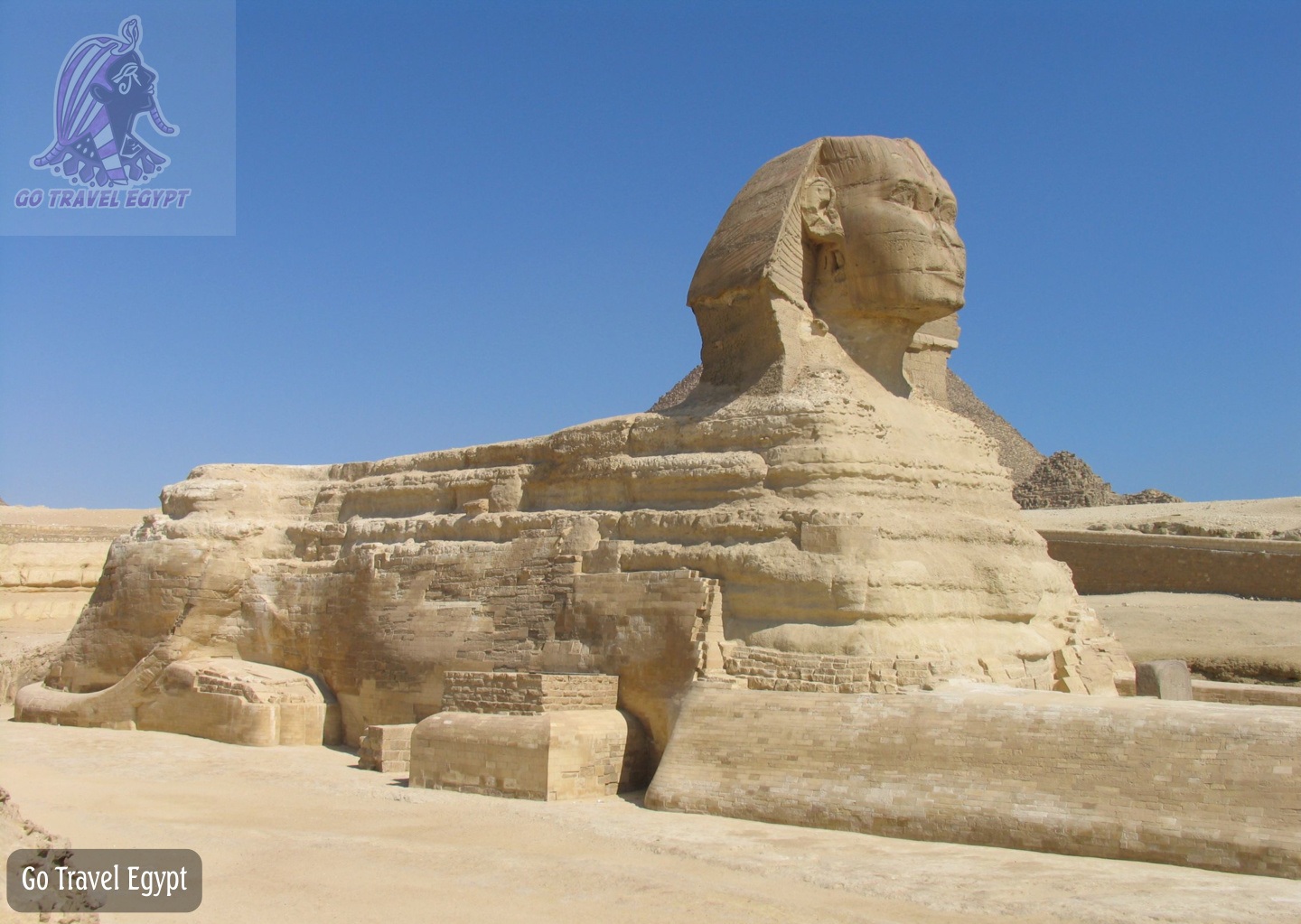 The Pyramids of Giza consist of the Great Pyramid of Giza (also known as the Pyramid of Cheops or Khufu and constructed c. 2580 – c. 2560 BC), the somewhat smaller Pyramid of Khafre (or Chephren) a few hundred meters to the south-west, and the relatively modest-sized Pyramid of Menkaure (or Mykerinos) a few hundred meters farther south-west. The Great Sphinx lies on the east side of the complex. Current consensus among Egyptologists is that the head of the Great Sphinx is that of Khafre. Along with these major monuments are a number of smaller satellite edifices, known as "queens" pyramids, causeways and valley pyramids.

The Valley Temple is the firststep of the king in his journey of the afterlife.  The king is dead, his family is mourning, and the priests are hurriedly preparing to send him to the next life. From the Valley Temple, priests carry the preserved body of the pharaoh to the pyramid, where he will take his next steps in the afterlife.
The Magnificent Sphinx. & Khufu Pyramid. & Khafre Pyramid. & Menkaure Pyramid.
Tomb of Queen Khentkaus I. & Tombs of the Pyramids builders.
Osiris Shaft. & Solar Boat Museum “externally”.
* Additional tickets in this site::
Entrance inside the Pyramids & Enterance to Solar Boat Museum.