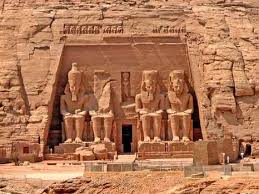 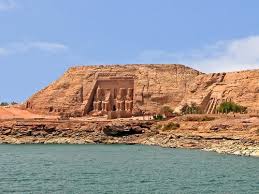 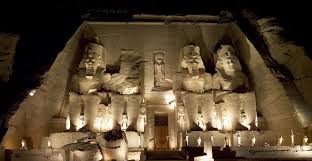 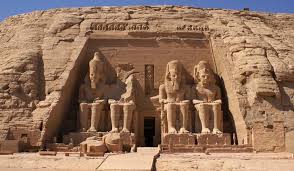 Abu Simbel is an ancient temple complex, originally cut into a solid rock cliff, in southern Egypt and located at the second cataract of the Nile River.

The discrepancy in the dates is due to differing interpretations of the life of Ramesses II by modern day scholars. It is certain, based upon the extensive artwork throughout the interior of the Great Temple, that the structures were created

The temple was dedicated to a number of ancient Egyptian gods such as Ra-Horakhty, Ptah, and Amon, The Solar alignment over the Grand temple is one of the Ancient Egypt phenomenons.

The location of the four statues was chosen so they would darken because Ptah was the god of darkness.