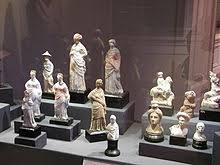 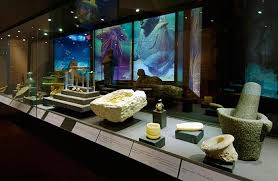 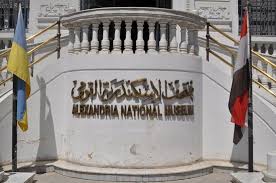 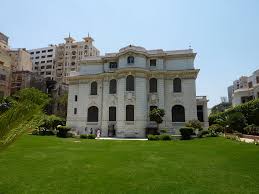 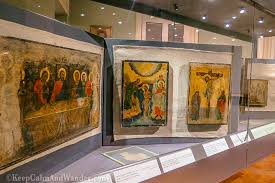 The Alexandria National Museum has grown in importance these days, and is now considered one of Egypt's finest museums. It was inaugurated by President Hosni Mubarak on December 31st, 2003, and is one more addition to the reasons one should visit this grand old city. The national museum is located in a restored palace and contains about 1,800 artifacts that narrate the history of Alexandria throughout the ages, including the Pharaonic, Roman, Coptic and Islamic eras. There are even some more modern pieces, including 19th century glassware, silverware, chinaware and precious jewels, which provide a sense of the richness of the court of Mohammed Ali and his descendants. Mummies are shown in a special underground chamber (basement). Also, some of the items found during the archaeological underwater excavations in Alexandria are now on the same floor as the Greco-Roman artifacts.