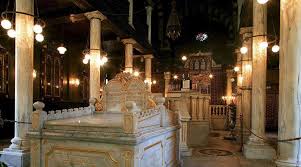 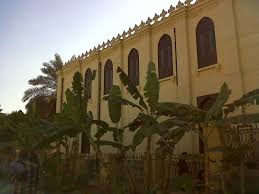 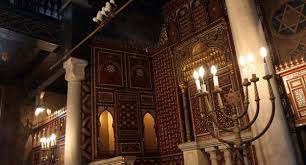 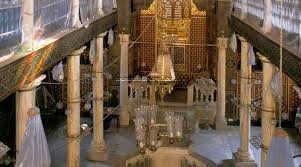 In Encyclopaedia Britannica, a synagogue is described as "A prayer place for the Jews."  In old Greek, it means: "The usual place where the Jews assemble to receive religious teachings and to worship." Some of these Temples were built close to a source of water, as much as for protection from any attack, not just for ablution!

The Synagogue of Ben Ezra in Cairo was originally named El-Shamieen Church, and is situated today behind the "Hanging church".

The Synagogue once had an old copy of the Old Testament, and it was said that Ezra the Prophet (Al-Azir) had written it. Yet, It is believed that the site of the Synagogue where the box of Baby Moses was found.